PokerStars is all geared up to renew itself for better. The company is allowing a sneak peek in PokerStars VR for virtual reality poker. PokerStars VR helps players in interaction with virtual representations in real time of them and their opponents. The game places players in various extravagant settings, which provide all the trappings to play a high limit poker game. With the introduction of this feature, players can make bets, look at their cards, and table their hands via real-life motions. The product basically helps players to keep a close watch on their opponents so as to help them pick up tells. With the help of this product, players can easily customize the avatars using various style and clothing options. Some of the virtual representations which can be performed here include eating sushi, owning pets, throwing things at other players and so on.

Poker is mostly about interaction as per the Director of Poker Innovation & Operations, Severin Rasset. It has been uniting people for close to a century and the company is happy to invest in the upcoming generation of the game as it provides players a chance to meet in a new virtual reality platform. The game is a social game and currently costs nothing to play. All players can start replenishing their bank account through a virtual wheel. PokerStars VR for streamers will provide integrated Twitch broadcast, social media integration, and voice commands.
END_OF_DOCUMENT_TOKEN_TO_BE_REPLACED

Have a look at what is new on the NJ online poker sites world, including the World Poker Tour (WPT) coming to Atlantic City. 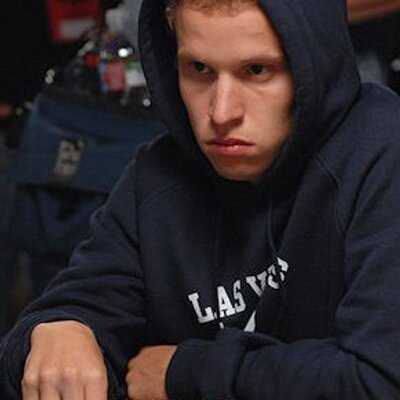 Announcements/ Major changes: The pool of players joining is Nevada, New Jersey and the Delaware online poker. However, the probable dates of the merger of teams are still unknown.
END_OF_DOCUMENT_TOKEN_TO_BE_REPLACED

Software which is launched for free play. It will operate with CHP tokens and with Blockchain technology against unfair game.

The PokerStars Championship in Barcelona looks to have welcomed all the professionals with open hands.

It is not just the professional poker players who have been winning events at the Championship, the professional sportspersons and DJs have also earned a lot of money playing at the final tables of some of the main events this year. One such man who has made it big in the music industry by winning a Grammy award has made it huge at the final table of this poker tournament. He has the third place at the €2,150 buy-in turbo event and by virtue of this win, he took home €44,000. This man is none other than popular DJ Zedd whose real name is Anton Zaslavski.

DJ Zedd finished in the 3rd place in the event that saw a total of 226 entries. He just fell two places short of the title and the first-place prize money of €92,700 was bagged by Finnish poker star Pasi Sormunen. The second place also was won by a Finnish player Jorma Nuutinen and the prize money that was claimed was €62,400. END_OF_DOCUMENT_TOKEN_TO_BE_REPLACED

The legend of poker Doyle Brunson is now contemplating on a comeback to the poker world. 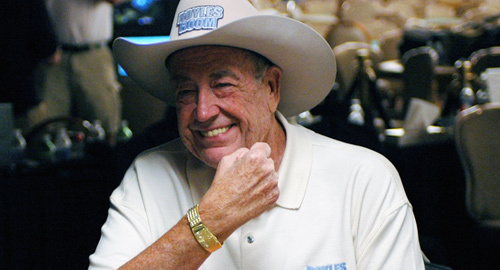 It was three summers ago that he announced that he was retiring from playing the poker tournaments. He felt that the playing house was taking a toll on him and that he could not concentrate for long at the old age.

It looks like Brunson has a change of mind and wants to again get back into the thick of the action and that he loves. The Hall of Famer has won 10 WSOP bracelets in his illustrious career of poker. It looks like the 83-year -old veteran is looking to add another WSOP bracelet to his kitty. Brunson is still active and playing the Las Vegas high stakes cash games. He prefers this kind of games rather than taking part in long tournaments. END_OF_DOCUMENT_TOKEN_TO_BE_REPLACED

Peter Eastgate was just 22 when he managed to attain the peak of the success in the poker game before his career was really started. In that year 2008, he became the youngest player to win the WSOP champion and in the event he won the prize amount of $9.1 million (This is the amount that he has in his account post tax deduction from the Danish government).

However, for Eastgate, the success is too much at too young age. Later, Eastgate took the decision, he moved to London, played tournaments of poker there, gambled and everything that he wanted to do. But, then he began to tire of winning the money that he really didn’t need.

The player gave an interview to the PokerListings Dirk Oetzmann. In the interview he explained the problems of being a multimillionaire. A person who has already achieved the height of his career in the professional that he love. END_OF_DOCUMENT_TOKEN_TO_BE_REPLACED